Last week, we opened our doors for the inaugural night of our first ever collaborative group exhibition, featuring four of our in-studio artists; Mircea Teleaga, Saelia Aparicio, Thomas Garnon and Freya E. Morris. Held in the Sarabande main space, guests were invited to get a first glance of the artists’ selected pieces, from paintings to prints, sculpture to installation.

The artists spoke about the difference between exhibiting solo and as a group, Saelia Aparicio commenting that “it has been good to get to know each other and you get in to negotiations on how to make it work, and how the space works together with the art.” Almost every artist touched on the importance of compromise as their methods of working varied widely, Thomas highlighting that “it is all about working harmoniously together, everyone wants their work to stand out, but it needs to complement each other.”

Guests sipped on Hop-House beer whilst admiring the work and relaxing in the main space. Visitor and artist, Alexandra, stated that “the best part of the exhibition is the variety of work on show. The poles of artistic craft couldn’t be farther apart yet the talent is something they all have in common, bringing the display together as a complementary showcase.”

Saelia Aparicio received the Sarabande x New Contemporaries Studio bursary and focuses on different dimensions of the absurd. In the Open Art Exhibition, Saelia created two free-hand murals set against two of the walls of the main space, which were inspired by body positivity and the experience of a woman. Saelia described the murals as “having a presence in the room, one having protrusions that come from her body related to memories and groups of support”. Saelia is also featuring mouth blown glass sculptures and a hanging piece made from galvanized steel.

You can see the time lapse of her creating the mural on our Instagram.

Freya E. Morris focuses on the playful and the analytical, often choosing to feature stock images that are then artistically manipulated. Originating from a fashion-base background Freya made a move towards creating art, as she “didn’t really want to make stuff for people to put in the bin, and you can’t put ideas in the bin”. Freya favours the exploration of femininity and form, choosing to feature a series of large prints as well as hand folded print pieces.

Mircea Teleaga paints as a reaction to the world around him that manifests a sense of dark irony and cynicism. His works are autobiographical and emotional responses from a series of memories based on collective experience. Mircea’s process is often lengthy, as he takes time to realise whether a painting is finished, citing one as having its presence in his studio for a year before realising it was complete. Mircea is showcasing a series of oil based paintings at both large and small scales using linen and paper, and as the only painter in the studios, he enjoys pushing certain boundaries and experimenting widely with his work.

Thomas Garnon creates works based on his environmental surroundings. His pieces are minimalistic and intimate as Thomas encourages his guests to spend time studying each piece, in order to develop their personal reaction to his work. For the Group Show, he has tried to “step back and use materials that have a natural pattern – veneer pieces of wood which have a naturalistic quality to them allows a narrative to progress”. For the show, he was inspired by his studio at Sarabande, and the panels that surround the walls which allow him to set himself free in the studio. Thomas is featuring an installation using wood veneer, chalk, oil pastel and balsa wood.

If you would like to experience the Group Show at Sarabande for yourself, you can book a viewing appointment – events@sarabandefoundation.org 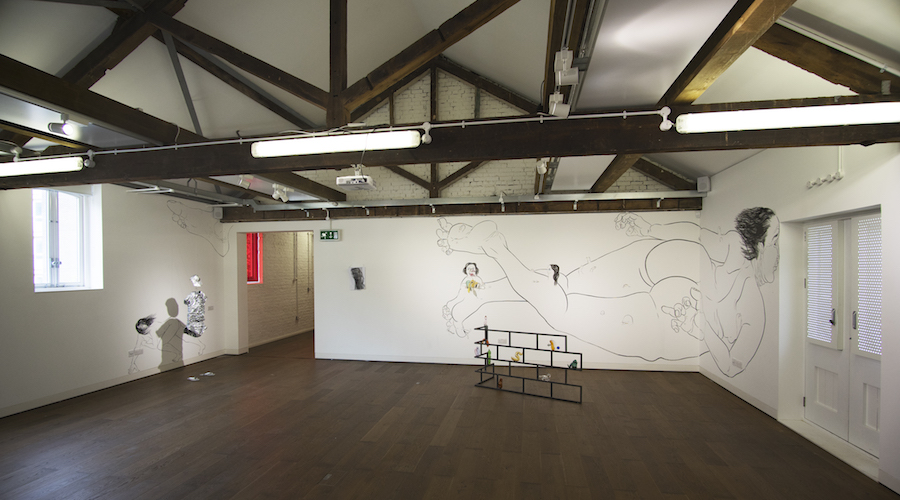 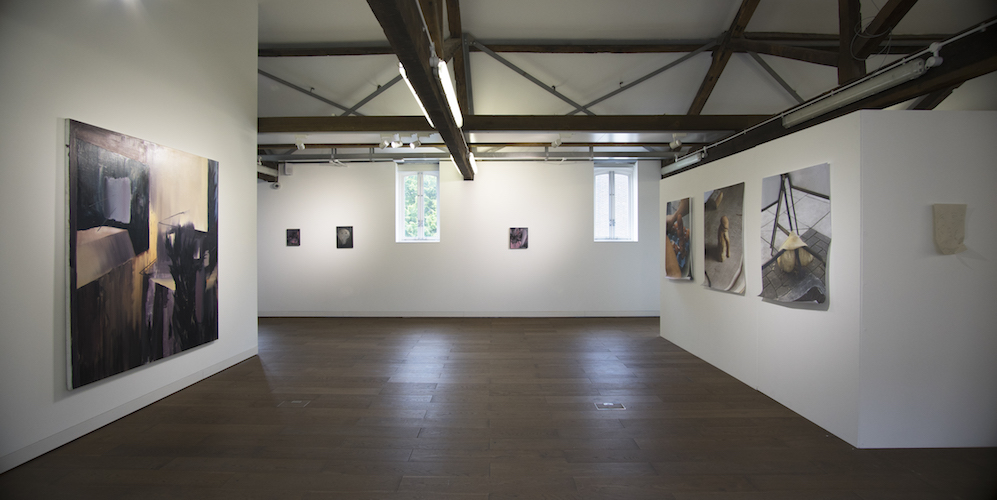 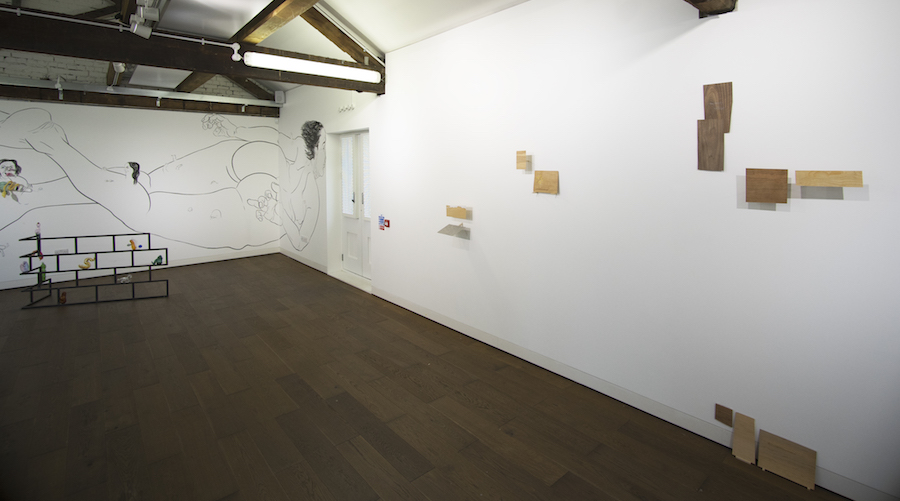 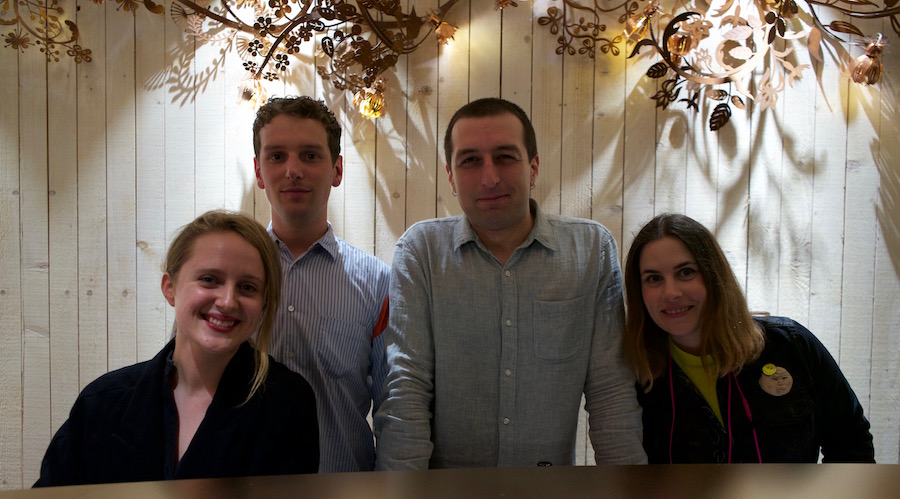