The inaugural Art Week at Sarabande: The Lee Alexander McQueen Foundation included two free workshops - on framing and the use of oil paints; a round up of Frieze 2017 and finishes with a talk from iconic artist, Maggi Hambling CBE.

The Proper Use of Oil Paint

A hands-on and in depth look at oil paint within a historical context – how it is made, what it is made from and how it is best used, delivered by Sarabande Scholar and artist-in-residence Mircea Teleaga. The talk was followed by a practical demonstration of the behaviour of different black pigments and also some insights into the process of paint-making.

Matt and Kate Jones of John Jones framing were sharing advice on presenting art and objects. They talked through some framed artwork examples, discussing design choices, the benefits of different materials and techniques, plus the impact of frame shape and finish on the final piece. Expect lots of ideas, insight and tips on how to use framing to not only present but also protect.

A  round-up of Frieze 2017 with art historian and broadcaster, Kate Bryan. Kate has worked with galleries in London and Hong Kong, is presenter of The Arts Show on Sky and in 2015 was appointed Head of Collections for Soho House Group, globally. A self-proclaimed art pilgrim, Kate was at Sarabande to give a behind-the-scenes look at Frieze 2017 -  the notable sales, the trends, the gossip.

Following her retrospective of works on paper at the British Museum, Hambling will discuss her latest and continuing body of work, Edge, with art historian, James Cahill. Hambling’s best-known public works are A Conversation with Oscar Wilde (1998) near Trafalgar Square and Scallop (2003) a tribute to Benjamin Britten, which stands at the north end of Aldeburgh beach in Suffolk. 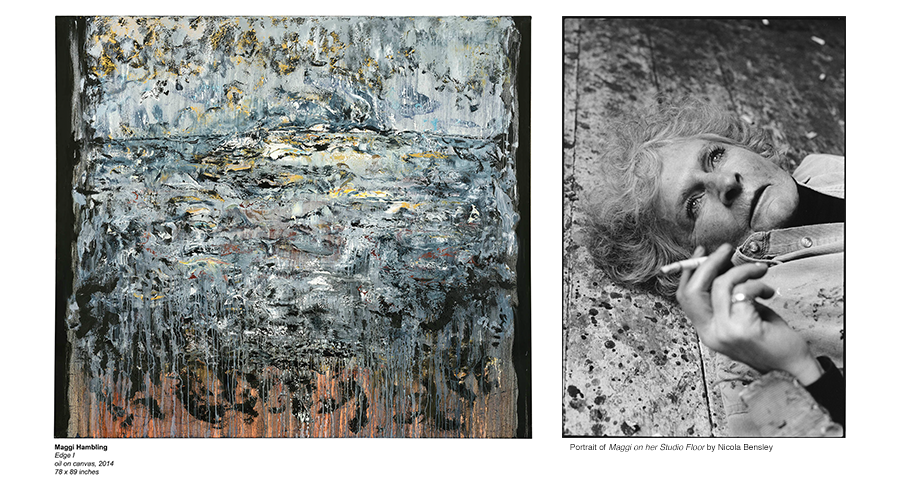