James B. Webster is perhaps most well known for his series of anatomically correct, porcelain skulls. Inspired by his childhood and an obsession for collecting bones and skulls found in the countryside or in the slaughter house of the surrounding farms, James pushed himself to portray his subjects as accurately as possible. He chose to work with porcelain, a noble and fragile material, to accentuate the preciousness of nature’s balance.

Currently represented by Jonathan F. Kugel of Brussels & London, and having shown exhibitions worldwide, James has always created his own space in the art world. For his talk at Sarabande, James was in conversation with James Noyes, Head of Policy at the think tank ResPublica and author of The Politics of Iconoclasm, looking at how a young artist can be seen, before becoming represented by a gallery. Is it possible to put on exhibitions, to meet press, curators and gallerists? What options are there for venues if your budget is zero? In a city (and industry) that is saturated with content, how can you ensure that yours is the work that gets seen? 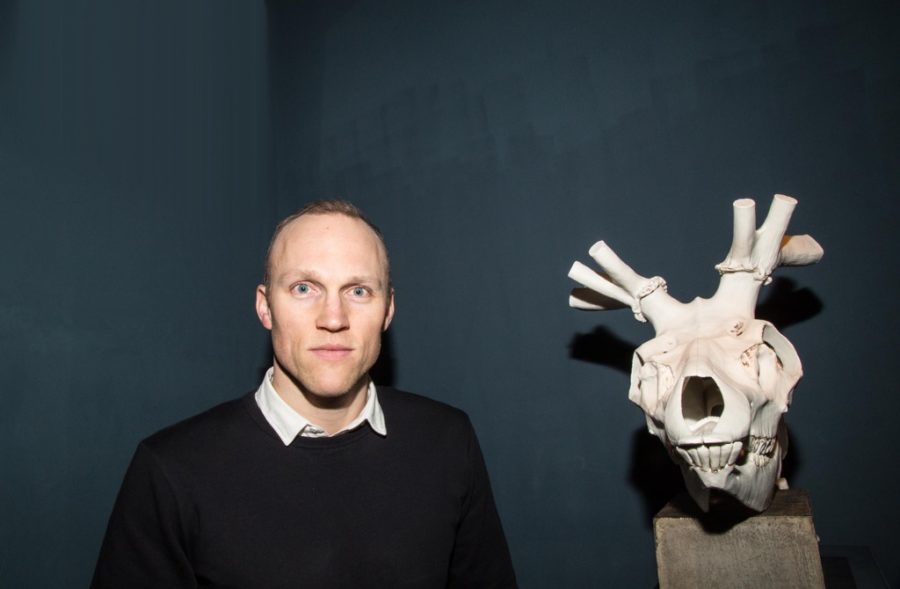