Aurora Pettinari York (b.1982, Milan) is a contemporary artist and embroiderer living in London, making relief and in the round sculptures. Her technique has developed from her exploration of XVII century English raised embroidery, a complex craft combining multiple needlework techniques and materials to convey depth.

Myth is the backbone of her practice, contributing archetypes to explore and subvert. Through cultural and family heritage, Aurora identifies closely with Greco-Roman mythology, which she looks at as a poetics related to both arcane knowledge and personal growth. Like magic and alchemy, myth is a language to converse with all that pervades the universe, yet remains hidden from sight, escaping the rational mind. In her practice, Aurora plays with mythical references and the innate symbolism of the human body, particularly of the head. She is guided by her sense of wonder and the core belief that we encode our emotions physically. Our bodies are great reflectors of psychological, emotional and spiritual truths, which she feels compelled to explore in a physical way, through sculpting and stitching cloth to fabricate heads and other bodily forms. In this process, she seeks not to understand truth, but to experience it as a deepening of the range of feeling and action which myth promises. Needle and thread are her tools, long associated with conventional ideas of femininity and domestic life, yet epic in their ability to connect the material and spiritual worlds, becoming catalysts for growth. Fear, separation and transformation are recurring themes in Aurora’s work, as is the overlapping of human and animal, part of the continuity of nature. These ideas are embodied in the materials she is drawn to: linen, muslin, felt and thread made from natural fibres; feathers, leather, fur and needlelace. From a formal perspective, hers is an abstracted view of the human figure, referencing ancient art, archeological and tribal artefacts, as well as 20th c. Modernist movements.

A Theatre Arts graduate (BA Goldsmiths) with a background in Classics, Aurora trained in Historical Hand Embroidery at the Royal School of Needlework. Still in the early stage of her career, she has exhibited her work internationally in public institutions including the Victoria and Albert Museum, William Morris Gallery, Design Centre in London, MUDEC in Milan, in commercial galleries, at contemporary craft fairs (Artefact) and during multiple editions of London Craft Week and Milan Fashion Week. Projects and collaborations she has undertaken across the fields of fashion, interiors, design, architecture and theatre reflect her eclectic background and multidisciplinary approach to her practice. 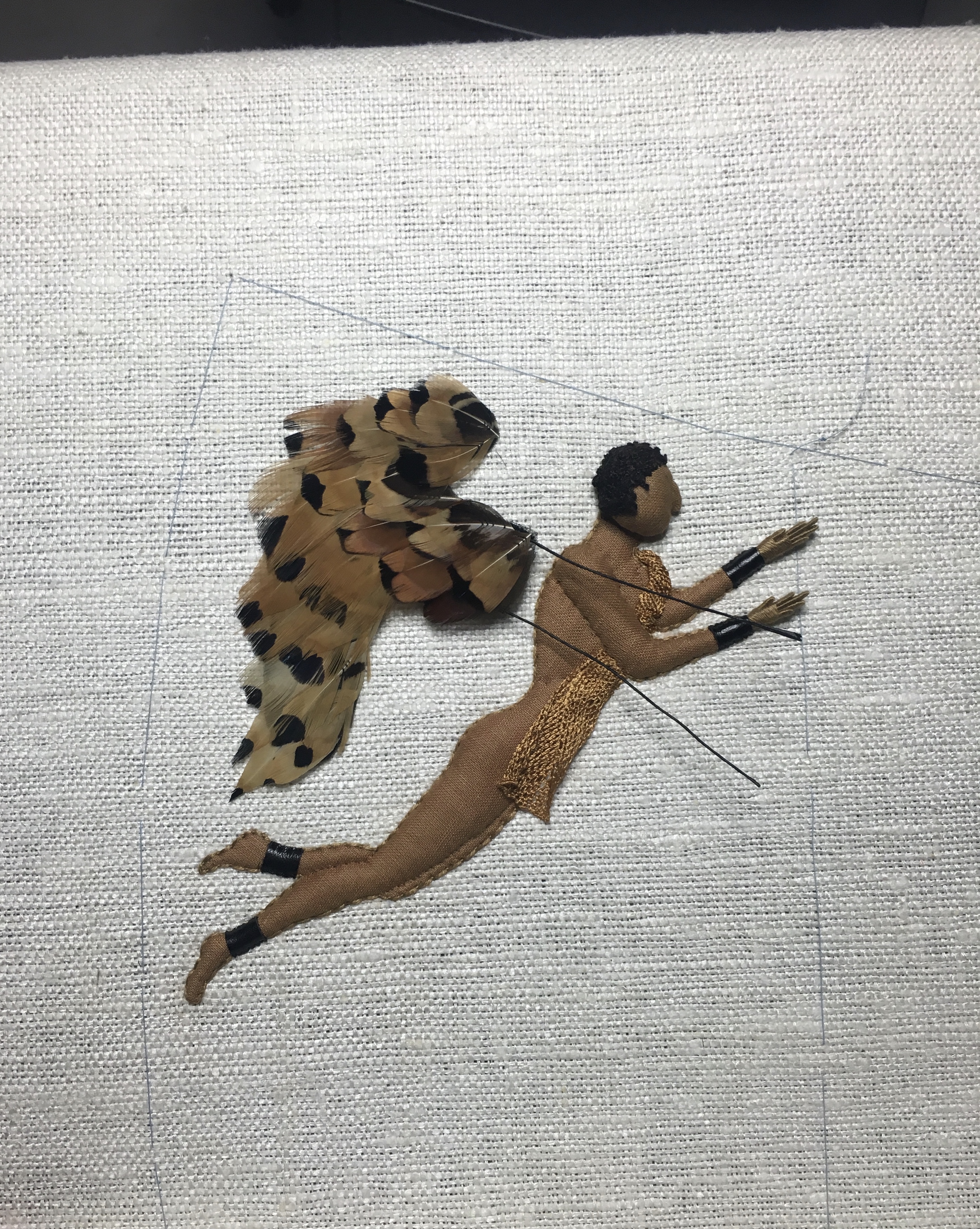