The 28th June saw Andrew Bolton, Curator in Charge of The Costume Institute at the Metropolitan Museum of Art, fly over from New York for his first patron event with Sarabande. Speaking to journalist Harriet Quick, guests were able to step inside Andrew’s world and garner insight in to curating some of the world’s most acclaimed fashion exhibitions.

Revisiting the sensational exhibitions Savage Beauty and China: Through the Looking Glass, time was given to explore his most recent exhibition - Rei Kawakubo/ Comme des Garçons: The Art of the In-Between – the exhibition is currently showing at The Met through 4 September and has been widely praised for its innovation and creativity.

Bolton compared Kawakubo’s status to “Saint Laurent in the early 80s”, highlighting that “aspects of fashion that we might take for granted, such as asymmetry, or deconstruction, the idea of the unfinished – were pioneered by Rei as early as the early 1980s”. Deciding to work with Kawakubo was a huge decision for the Met, as they hadn’t curated a show on a living designer since Saint Laurent 34 years ago. Andrew noted that Kawakubo’s method was extremely hands on and collaborative - when it came to putting together the exhibition, Rei had a precise idea and concern when it came to the exhibition’s design style. An example of this is when Rei invited Andrew to Tokyo to reveal to him a life-size model of the exhibition layout that she had constructed in order to communicate her vision.

Andrew also spoke specifically about the Met Museum and its uprising since the early 80s, as well as touching on the Met Gala and his relationship with Rei Kawakubo. Bolton joined The Met in 2002, after working at the Victoria and Albert Museum in London for 9 years. He has been a patron at Sarabande since 2014 and has assisted in selecting some of our scholars, including Shinsuke Nakano and Erik Litzen.

As ever, our founding partner Ketel One Vodka delighted attendees with the bespoke-made cocktails - Welkom Sarabande and Ketel One Dutch Mule – which guests enjoyed both pre and post-talk, at the copper bar. 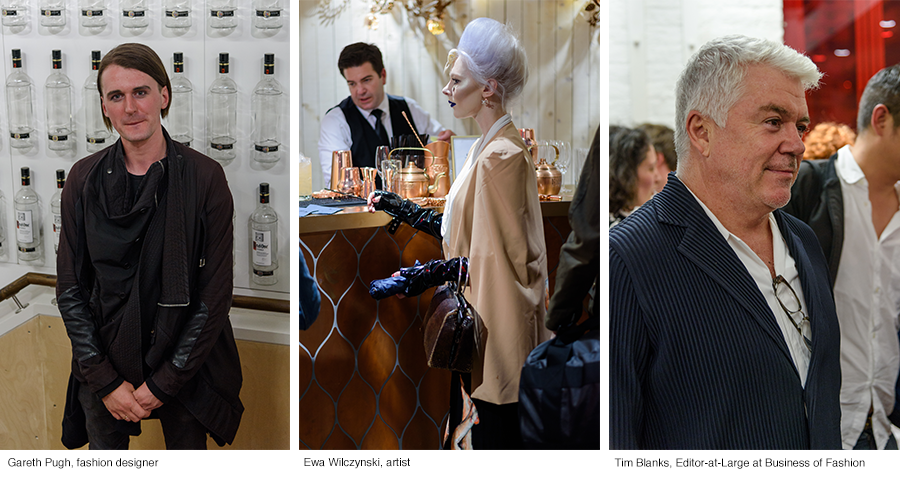